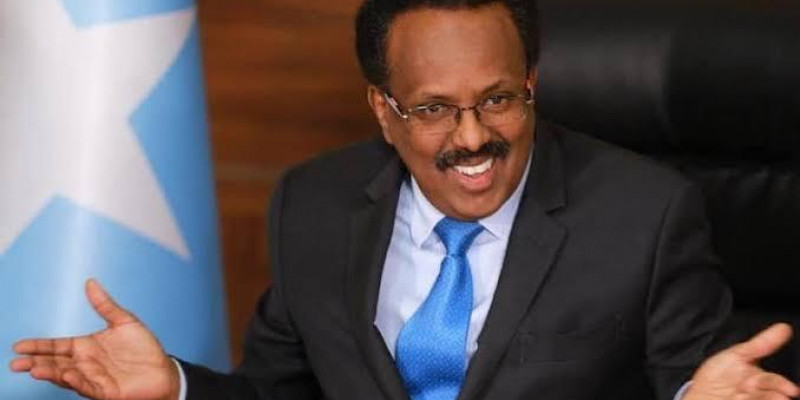 Somalia politics have been plunged into turmoil when the two houses of Parliament clashed over the legitimacy of President Mohamed Abdullahi Farmajo whose tenure of office expired in February this year. While the lower house of parliament voted to extend the term of the president and his government by two years, the upper house has discredited the move as illegitimate and unconstitutional. Somalia’s lower house of parliament voted overwhelmingly to extend the term for the government of President Mohamed Abdullahi Farmajo- a move that has drawn stinging criticism and condemnation from opposition and development partners. President Mohamed Abdullahi Mohamed immediately signed the law prolonging his mandate after it was approved by Somalia’s Parliament raising suspicion that the president could have masterminded the vote.

This political stalemate stems from lack of consensus over the conduct of Somalia’s delayed parliamentary and presidential elections. The polls, slated to happen last year, never got off the ground because of disputes between political leaders on who would control the electoral process. Attempts to end the impasse and redirect the country to democratic path have not produced any breakthrough despite pressure from the African Union, European Union and other international partners of the Somalia government. The move is increasingly seen as an outright power grab that could undermine faltering efforts to help Somalia transition from a failed state to a functioning state built on respect of rule of law and constitutionalism. Observers say the development could embolden the insurgency by the extremist group Al Shabab who continue to dominate vast swathes of Somalia territory. The United States, which is the biggest donor to Somalia whose war on terror against Al-shabab has seen millions of dollars extended to President Mohamed’s government seems to have lost patience with his controversial move to extend his term of office and has threatened to put sanctions and visa restrictions on his top officials if they don’t rescind the extension.

The United States Secretary of State, Antony J. Blinken has made uncompromising stance on the issue that any attempt by Farmajo to unilaterally extend his term of office would be firmly opposed by the United States. In similar tone, the EU has expressed opposition to the extension. Expressing similar sentiments, the European Union’s foreign policy chief, Josep Borrell, said the international community would “under no circumstances” accept a unilateral extension. The election process has been deadlocked since last fall, when the leaders of Puntland and Jubaland, two of Somalia’s five semi-autonomous federal states, first accused Mr. Mohamed of using the national intelligence agency to rig the voting system. In March, the United Nations and foreign donors pressured the two sides into talks in the capital, Mogadishu, that proved inconclusive. With Mr. Mohamed’s extension of power, those negotiations have now collapsed.

Mr. Mohamed argues the two-year extension will allow him embark on democratic reforms which include universal adult suffrage — a highly prized and long-held dream of international community eager to see gains in progress for Somalia’s path to democratic dispensation. The country’s last election, in 2017, was held under an indirect clan-based system that was riddled with corruption and, according to Somali investigators, was influenced by at least $20 million in bribes.

Critics accuse Mr. Mohamed of using the call for universal adult suffrage as a smokescreen to mask his dictatorial tendencies and delay elections that he knows he won’t win. But the president still appeals to a section of Somalians who, tired of years of foreign occupation in their country, support his nationalistic politics. As political confrontation deepens in recent weeks, Western and Somalia officials are worried that it risks plunging the country into violence and a fresh round of civil war degenerating into Siad Barre style of rule that saw the country get embroiled in conflict that has haunted it for decades.

The political crisis has been brewing out for weeks at heavily guarded hotels near Mogadishu’s international airport where Western diplomats have met with Mr. Mohamed’s opponents, hoping to reach an agreement. The developments in Somalia a far cry from the hopeful early days of the president’s rule that were anticipated to put the countryf on the right trajectory. On ascension into power, President Mohamed’s election in 2017 initially stoked hopes that he could lead Somalia away from the dysfunctional, misgovernance and disjointed leadership that had blighted the country for decades. Four years in office, there is overwhelming evidence, he has done little to deliver on that lofty promise.

Somalia is like what he inherited. Corruption remains endemic and deeply entrenched. Transparency International rankings put Somalia as the world’s most corrupt country, and Mr. Mohamed has expended much of his energies trying to centralize power in Mogadishu, often in the face of fiercely autonomous regional leaders backed by regional powers like Kenya and the United Arab Emirates. At the same time, Al Shabab has been gaining ground. A report published by the United States Inspector General in November found that despite years of American drone strikes and military raids inside Somalia, the militants gained strength in 2020, and Mr. Mohamed’s security forces were still unable to contain them. As the country manoeuvre negotiates crisis, stakes remain high with no clear pathway to stability and order.